by The Respect Sextet 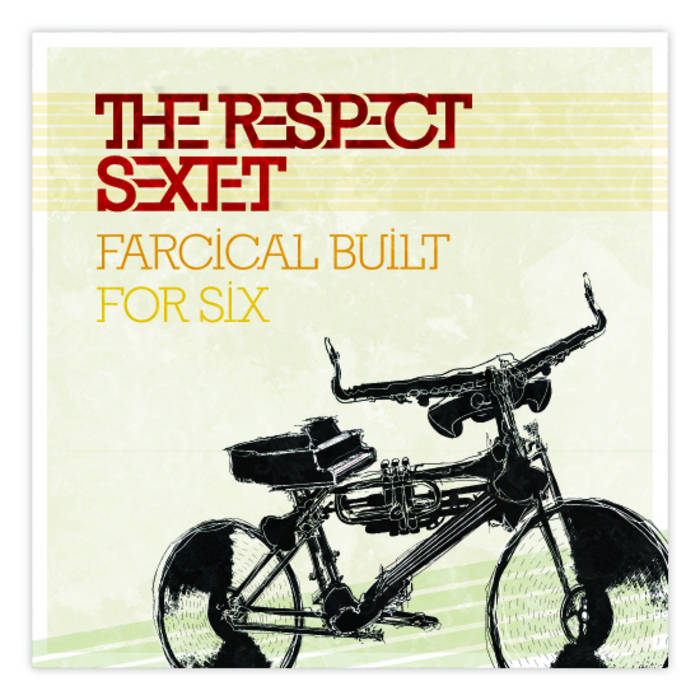 "Through the lens of Sirius [Respect] it can be seen how hard the band worked to make their new disc seem so easy. They swing hard while tossing Dixie-leaning solos (clarinetist Josh Rutner shines here) into their enigmatic compositions and at the same time borrow from Latin jazz and early rock ‘n’ roll at some points, at others harkening again to Ra’s space jazz. But the index of influences isn’t what makes Respect work as a band. What makes them work is that they are a band, very much so. Five of the six members contribute compositions, but there’s cohesion to the playing; the band arrives with a single purpose. They don’t use, reference or borrow from bebop, in other words. They integrate it. It is, in this case, a crucial distinction - while they may be playful, one thing the band isn’t is ironic. They play good jazz straight up, even if they come at it from several angles, often at the same time."
—All About Jazz

"This digital-only collection of 8 original songs answers the question 'How are these guys gonna follow up the success of Sirius Respect?' That disc's brilliant pairing of material by Sun Ra and Stockhausen got this hardworking band some much-deserved attention, but the sextet's own composing talents are just as satisfying, drawing on a typically deep well of influences. Drummer Ted Poor's 'Stray Gator' [sic] carries over the Ra influence in an ominous blast-off featuring a brooding tenor saxophone solo by Josh Rutner and brash trumpet from Eli Asher. That's followed by trombonist James Hirshfield's 'Tony I', a romp which veers between Dixieland and ragtime with assorted ritards and percussive is-the-needle-stuck interjections. Pianist Red Wierenga seems to be channeling Jerry Lee Lewis on parts of the intricate title cut, while the band adds to the fun with big Latin horns on 'The Hinske Plow'. Hirshfield's yearning trombone really shines on the introspective 'Vermont', which conjures up echoes of the David Murray Octet, and the album ends perfectly with Rutner's bebop send-up 'I Want to Be Asher', which sounds as fresh now as it would have on Savoy in 1945. As with previous releases you can't escape the feeling that not only are these guys very good at what they do, they seem to have a lot of fun doing it."
—Paris Transatlantic

Named “one of the best and most ambitious new ensembles in jazz” by Signal to Noise, The Respect Sextet, after well over a decade as a collective, continues to fearlessly push the envelope.

Bandcamp Daily  your guide to the world of Bandcamp

Cannibal Corpse's George "Corpsegrinder" Fisher stops by for an interview